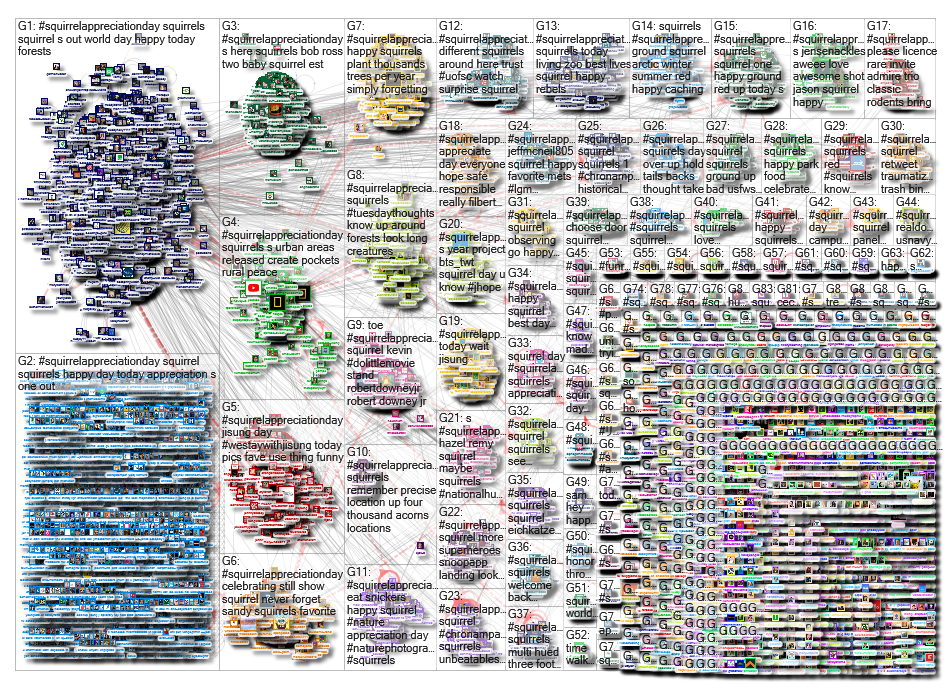 Did you know that every January 21st is #SquirrelAppreciationDay?

The graph represents a network of 15,612 Twitter users whose recent tweets contained “#SquirrelAppreciationDay”, or who were replied to or mentioned in those tweets, taken from a data set limited to a maximum of 18,000 tweets. The network was obtained from Twitter on Thursday, 23 January 2020 at 11:39 UTC.

Additional tweets that were mentioned in this data set were also collected from prior time periods. These tweets may expand the complete time period of the data.

The graph is directed.

The graph’s vertices were grouped by cluster using the Clauset-Newman-Moore cluster algorithm. The graph was laid out using the Harel-Koren Fast Multiscale layout algorithm.